Luderitz Crayfish Festival kicks off on a positive note 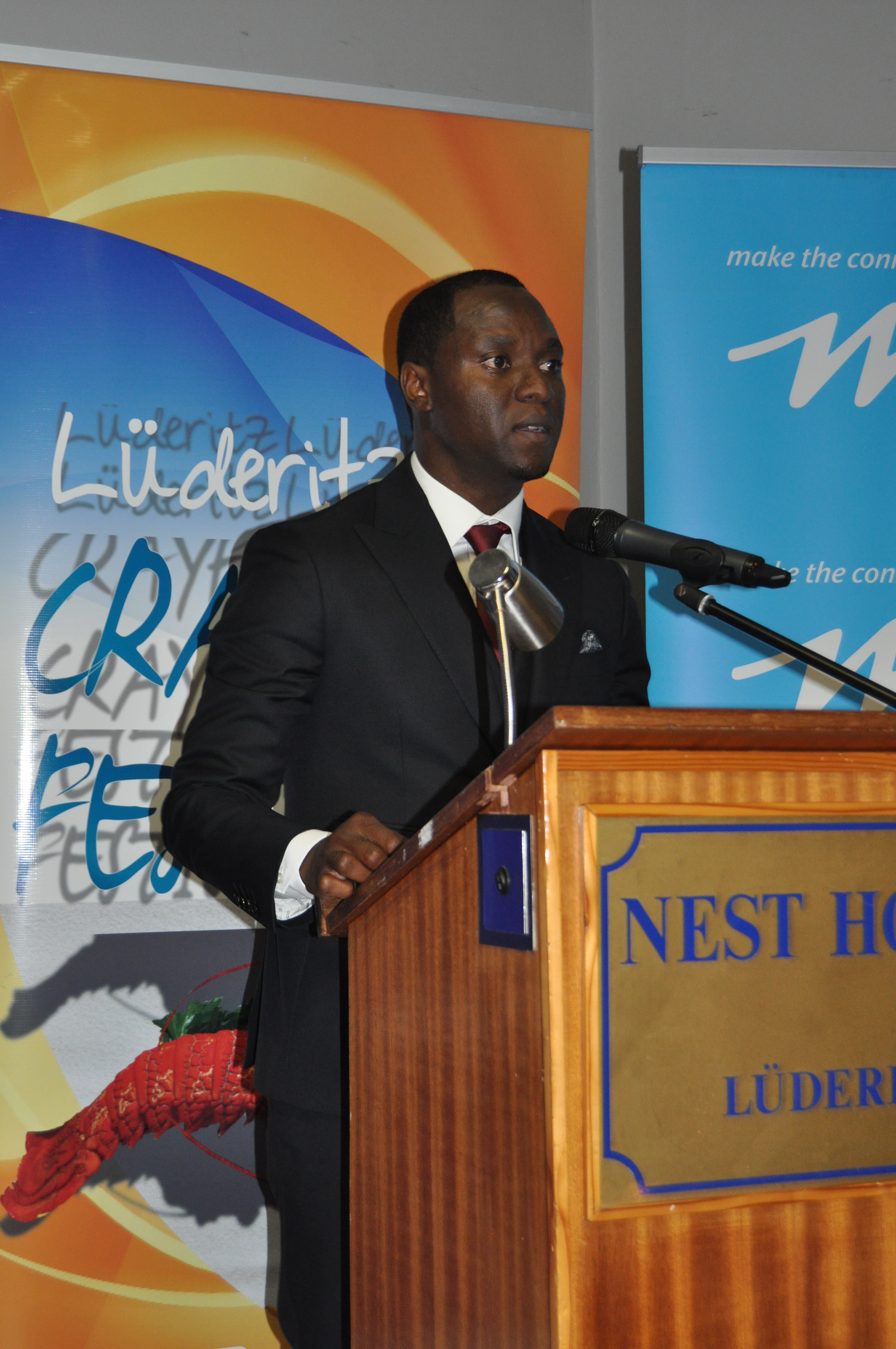 The event was launched in the form of a fundraising Gala Dinner that attracted a rather small audience of about 120 people comprising of mainly local businesses. However, despite the worrying number of attendance, the pledges poured in like rain and had the organisers raking in a whopping N$449 100. This is the highest the Festival has ever received in pledges since it was initiated in 2008.

During his speech at the gala event, the Crayfish Patron, Tim Ekandjo austerely urged local businesses to support and sustain the Festival in order to grow the town’s economy. Ekandjo preyed on the Feed what Feeds you concept, and demanded that local businesses who benefit most from the Festival stop being freeloaders and contribute, ”we cannot forever beg you to contribute while you are the greatest beneficiaries, it stops here, if you will not support us we will not support you. If we are to make this work then there’s a need to participate collectively”, he concluded. Ekandjo singled out big businesses by their names and challenged them to come on board.

Echoing the same sentiments, guest of honour Maureen Hinda encouraged stakeholders to support the Festival for its sustainability and at the same time commended the organisers for an excellent job done in organising successful festivals over the last eight years. “The Luderitz Town Council has done a sterling job to organise successive successful festivals with meagre resources”, said Hinda.

Seaflower Group of Companies received a standing ovation for its N$100 000 sponsorship announcement, followed by MTC who sponsored N$85 000 towards the festival. Official sponsor for the last eight years, Standard Bank pledged an amount of N$80 000 for this year, followed by Seal Consulting Engineers with N$45 000 sponsorship.

Mayor of Luderitz, Hilaria Mukapuli also used the platform to condemn Luderitz residents that tarnish the town on social media and other platforms, and encouraged them to become ambassadors of their town.

Last year, the Luderitz Crayfish Festival accommodated a total of 95 exhibitors, with the SME sector making up over 70% of the number. This year’s Festival will be taking place on 29th April until 02nd May 2016 at the Luderitz Waterfront Harbour Square.