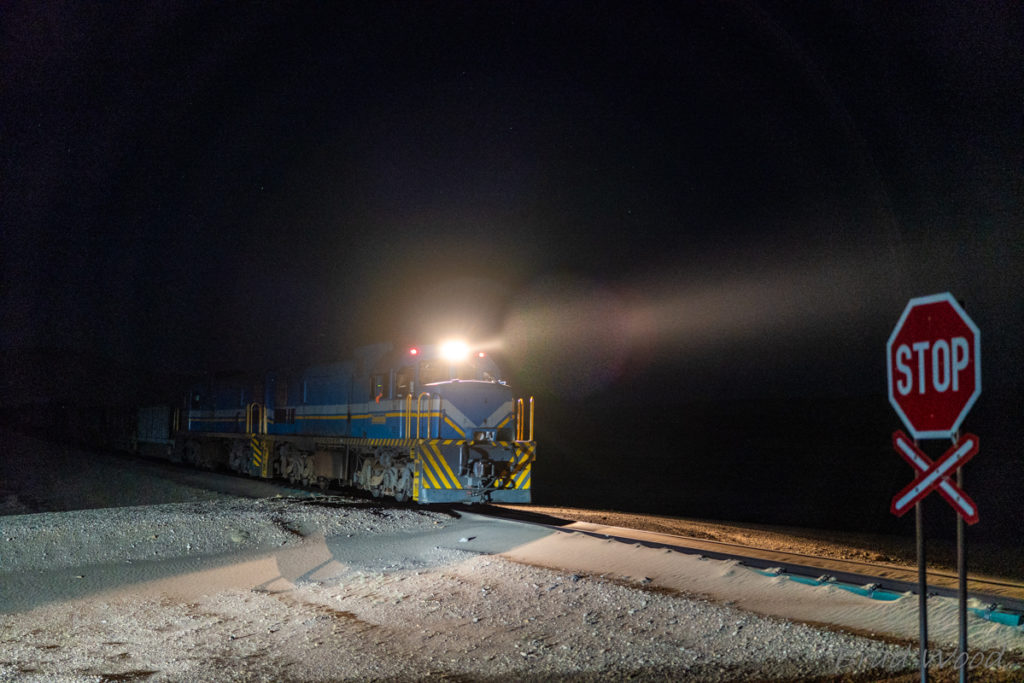 TransNamib this week conducted a test on the rehabilitated railway line from Aus by commissioning a train carrying heavy objects to ascertain the durability of the railway line up to the harbour. Lüderitz, secluded on the far southern coastline of Namibia, was abuzz with excitement on Wednesday when the harbour town witnessed the return of a goods train for the second time. The first testing of the rehabilitated railway line was conducted in 2014, when a train from Keetmanshoop transported crushed stone used in the construction industry.

This time the train went up to the harbour after arriving in Lüderitz at around 10h00.

Lüderitz Town Council Strategy Executive Infrastructure Ignatius Tjipura told New Era the goods train came through Lüderitz railway station for testing the durability and strength of the railway line.
Tjipura assured that by November this year, goods will be able to be brought to Lüderitz port via the railway line.

Rehabilitation of the railway line from Aus to Lüderitz was completed in 2014, but the line reaching the harbour was only completed two years ago.The construction of the railway line to Lüderitz commenced in March 1906, reaching Aus in October the same year. Military troops were responsible for assisting in the laying of the tracks and the line was officially opened on November 1 1906. The railway line has been used to carry passengers and freight to supply the southern part of Namibia with goods, and for the export of general merchandise through Lüderitz harbour.

Through all the years the then railway administration spent enormous sums of money on the maintenance of the line, especially to keep it clear of sand. Since 1997 the railway line was de-commissioned due to poor track standards caused by the lack of maintenance.

Kleber & Associates Consulting Engineers were appointed in July 2000 to design and supervise construction of the rehabilitation project.

The actual construction started in August 2001. The main objective of the rehabilitation of the Aus-Lüderitz railway line is to provide adequate rail connection to Lüderitz port with the southern part of Namibia and bordering countries.

Residents of Lüderitz gathered at the railway line to see the train, which ran on the renovated railway line still being constructed.