Luderitz not consulted on manganese shipments 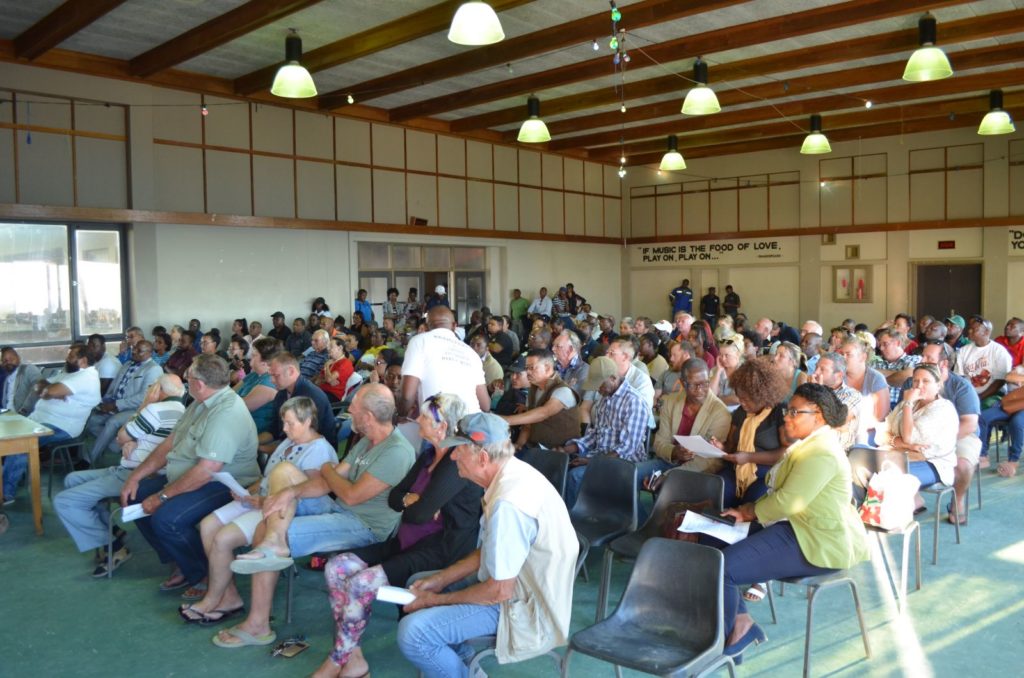 Residents of Lüderitz are not against the shipping of manganese ore through their port but want to be consulted on any project that has environmental implications and that in future things should be done in the right manner.

Following the dumping of manganese on the town’s boundaries, concerned residents setup a public meeting with the aim to establish how the manganese ore came to be proposed for shipment from Lüderitz and they decided to alert the authorities for intervention on the possible dangers of manganese posed to the environment.

This was emphasised during an open community meeting held on Monday at a hall in Lüderitz. The public meeting was attended by many Lüderitz residents, businessmen, Namport representatives, expert chemists and biologists.
An opportunity was given to any person willing to give their input and contributions. Expert opinions were also solicited from local scientists, biologists and a toxicology expert.

Despite some initial emotional outbursts, the general consensus and basic conclusion of the meeting is that the residents of Lüderitz are not against the manganese project and its potential benefits, but the main concern is the manner in which the company came to start the project without public consultations. Mostly so, the residents were never informed from an expert opinion of the possible effects that the manganese could possibly have on residents, businesses and the environment in general.

Further, it was mentioned that development is welcomed, as long as the correct procedures are followed.
Approached for comment on the manganese project, Lüderitz Port Manager Max Kooper indicated Namport has a strategic mission to position itself as a logistics hub in Sadc as envisioned in the NDP 5. He also said the Port of Lüderitz serves as an important gateway, with the Trans-Oranje corridor, linking the port with the Northern Cape Province in South Africa. Coupled with the completion of the rail link between Lüderitz and Aus has further propelled the port and corridor as the ideal choice for the exportation of Sadc cargo.

Namport continues to promote their ports within the Sadc region and the effect has been adequate as TradePort Namibia CC and Pektranam Logistics showed keen interest, on behalf of South African mines.

He said an agreement was reached in 2018 between Namport and TradePort Namibia CC to export South African manganese ore via the Port of Lüderitz destined for China.

According to Kooper, TradePort Namibia has been instructed to stop the operation until Ministry of Environment and Tourism (MET) approves and issue the Environmental Clearance Certificate (ECC) that should be fully compliant with the environment management plan.

He said TradePort Namibia and Pektranam Logistic applied for an ECC and are just waiting for feedback from the MET.
Both companies intend to export 30 000 tons each, on a monthly basis and gradually ramp this up to 80 000 tons monthly.
He said this project will generate N$648 million per annum to the Namibian economy and there will also be other support industries and services such as stevedoring, cleaning services, security, retail, fuel engineering etc.

An estimated 610 employment opportunities will also be created in the initial stage of the manganese project according to Namport estimates.